Zen is a religious quest

To save all sentient beings

Karma is the action of ‘cause and effect’ that turns the wheel of rebirth.

Though, Zen focus on the ‘Here and Now’, it is indeed The Path of Zen to end the cause of rebirth, thus to ‘cut’ the strings of karma. 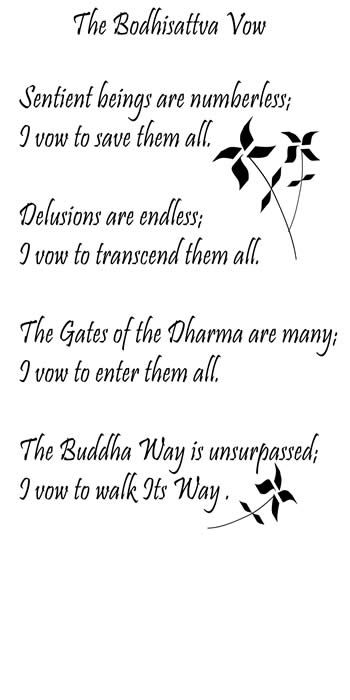 In Buddhism, a bodhisattva is any person who is on the path towards Buddhahood, and anyone who has made a resolution to become a Buddha.

Can you become a Buddha?

The Path to Buddhahood in Zen

Zen uses meditation (zazen) and socratic style of debate (mondo) to peel away/wash away the stain of oneself to reveal the True Self (your soul) that reveals The Truth (Buddha-nature).

Why The Path of Zen is so hard, and many fail:

When we are Buddha

To be a Buddha is to simply know yourself, self-knowledge.

Jiyu Kennett, the abbotiss of Mount Shasta monastery, stated that when one is Buddha, it is like lowering the waters of the swamp, where all things can see the truth that once was obscured.