To say that Zen or Buddhism is not an Evangelical is incorrect.

The Chinese Buddhist Canon is much about spreading the word of Buddha.

Keeping it a small club

When I first came to Zen, I was told that, “we don’t proselytize” and that they don’t chase after people who may come but then never return.

Later I found that this was not a view shared with Buddhism at large, nor with Japanese Zen (Soto or Rinzai) since they did send ‘Missions’ to other countries to proselytize and follow up with people who expressed interest.

So, the conclusion is that many just want to have a small Zen club.

Those who claim to be Zen Students take vows.

‘However innumerable all beings are, I vow to save them all’

Actually, when you look at all the Great Vows, read the actual teachings of the Buddha, and study the history of Zen Buddhism – we find it is a very Evangelical religion.

So, why then are we not Evangelical?

Japanese Cultural Religion is not our culture

The biggest hurdle I see is that the Japanese cultural religion that is directly imported into the Western Zen centers (cultural appropriation) simply is too foreign for most people to want to deal with.

I think that is done on purpose: to keep things small and controllable by insecure and weak-minded people.

She is my Dharma Grandmother and my inspiration.

She is an English woman by birth, trained in China and then Japan. She wanted to Westernize Zen!

She turned the chanting into Singing! She redesigned the robes to Western Clergy outfits, and she did a lot to establish priorys’ and outreach centers to ‘spread the news’.

Zen is not a Japanese Religion

You should know by now, if you are watching my videos, that Zen is not a Japanese religion, it is a methodology of Soul purification. Buddhism is not an Asian cultural religion either, whereas it is a philosophy with deep roots going all the way back to Plotinus, a Greek philosopher. In short, Buddhism is UNIVERSAL teaching as is ZenThe only reason then why we cling to cultural forms is because we don’t understand Zen or Buddhism.

I am here to correct that

We have to bring Buddhism, an Ontology of Soul Liberation based in Wisdom, to all sentient beings!  If you believe in Buddhism, and know the Zen Path, then you know I am right.

To do this we have to be accepted by the cultures we are in, and not be seen as foreign or as clowns, or as freaks!

To this end, I have some changes we must make.

Dress to the culture 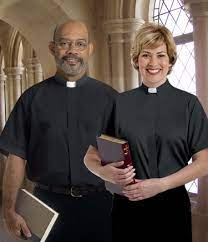 Reach into your community and connect!

Minister to the culture

It is well past time to retire the Japanese Cultural appropriation. We need as Zen believers to bring our message of soul-healing and path of Liberation to our own culture in a way that is acceptable and helpful.